Matt 'the Pillar' Miller
No Comments

What is a Paleo Diet?

Between product ads, magazines and web information the subject of diet and nutrition fast becomes a sea of confusion. So what shores do we swim to for reliability and even safety?

One solution is to look closely at the diets of traditional cultures around the world that are free from diseases of the modern western world including: cancer, heart disease, diabetes, anxiety and depression.

The Paleo Diet is the trend du jour for sure. In fact most every crossfitter I know is eating “Paleo”!  And though I am 100% on board with eating whole and natural foods, I have two big problems with Neander-ing down that path :

1. It assumes that our first primitive  human ancestors had it right. Personally I think they were scrounging around for what they had and grateful for anything!  Different cultures have evolved to balanced state of foods and their interactions in a more advanced way.

2. My second concern is sustainability. Time and again I watch people attempt a high protein / low carb diet craving starch and sugar so much that they break down into a binge-fest of carbacide.

What I propose is Paleo all grown up: the Jungle Diet.

down into its constituent parts of protein, carbs and fats. It asks us to instead look at diet as a whole picture.

Rather than questions like “how many grams of fat are there?” We ask instead:

Then, for case study evidence and clues on this  we can look at “cold spot” areas on the globe that noticeably lack the instance of common disease.

Areas of the Globe that Lack instance of Common Disease 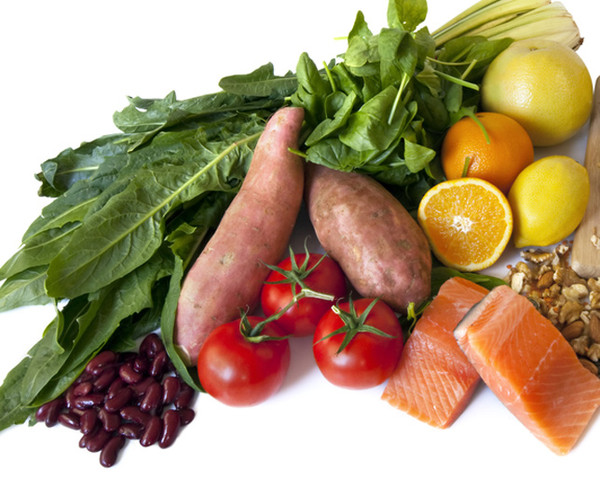 In Copper Canyon, Mexico there is virtually no reported incidences of diabetes. In Crete heart disease is unheard of. Surprisingly, Iceland has the worlds lowest percentage of depression.  In Cameroon, West Africa colon cancer and IBS are non existent. And in Okinawa, Japan breast and prostrate cancer are a non issue.

Well if you study the migratory effect of any of these populations ( ie. copper canyon Mexicans to America or Icelanders to Canada ) a surprising trend emerges: first generation migrants quickly assume average disease rates of the newly adopted culture.

So we must assume diet in the native culture had a significant impact on maintaining health.

Now I am not saying if you are 1/8 Korean you need to start eating Kimchee for breakfast. But I would say start looking at the ancestral foods and combinations on both sides of your family tree and start exploring them to discover if any particularly suit you.

I recently had a 25 year old female client who was a second generation Nepalanese.  She came to me with complaints of being overweight, but I also noticed she was plagued with lethargy and acne.  We explored a cleansing detox for 8 weeks.  On her step by step progression  back to eating whole foods something very interesting happened. She began craving native Nepalanese foods made from brown rice, millet and fermented soy that she eaten as a child. I encouraged this and to this day she is svelte, clear skinned and now an active cross fitter!

Now If you are feeling adventurous and  want to explore the jungle a bit more, I would please encourage you to read one of my nutrition professors, Dr. Daphne Miller, latest book, “The Jungle Diet”.

It’s a perfect introduction to the NEXT generation of nutritional thought and research.  Namely that you are exactly in fact what you eat and directly absorb the quality and life force of the foods you eat.

And I am sure it would be on Betty and Wilma’s amazon.com wish list of they were around !

Sign up to Miller the Pillar news, updates and more

This website uses cookies to improve your experience while you navigate through the website. Out of these, the cookies that are categorized as necessary are stored on your browser as they are essential for the working of basic functionalities of the website. We also use third-party cookies that help us analyze and understand how you use this website. These cookies will be stored in your browser only with your consent. You also have the option to opt-out of these cookies. But opting out of some of these cookies may affect your browsing experience.
Necessary Always Enabled
Necessary cookies are absolutely essential for the website to function properly. This category only includes cookies that ensures basic functionalities and security features of the website. These cookies do not store any personal information.
Non-necessary
Any cookies that may not be particularly necessary for the website to function and is used specifically to collect user personal data via analytics, ads, other embedded contents are termed as non-necessary cookies. It is mandatory to procure user consent prior to running these cookies on your website.
SAVE & ACCEPT